My first pair of Nike Magista Obra. “Why so late?” some would ask, they just grew on me I guess! And they are absolutely a perfect combination between comfort and beauty. 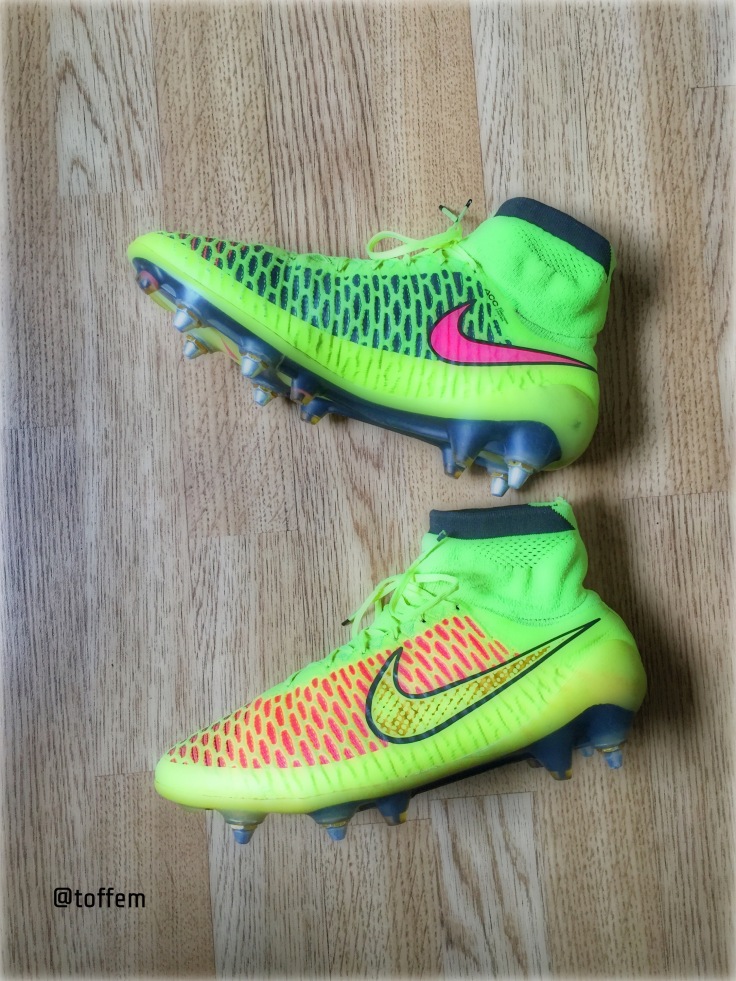 Nike Magista Obra were first released in 2014, and if we are honest the whole world of football were stunned! Imagine to play in a sock?? 😛 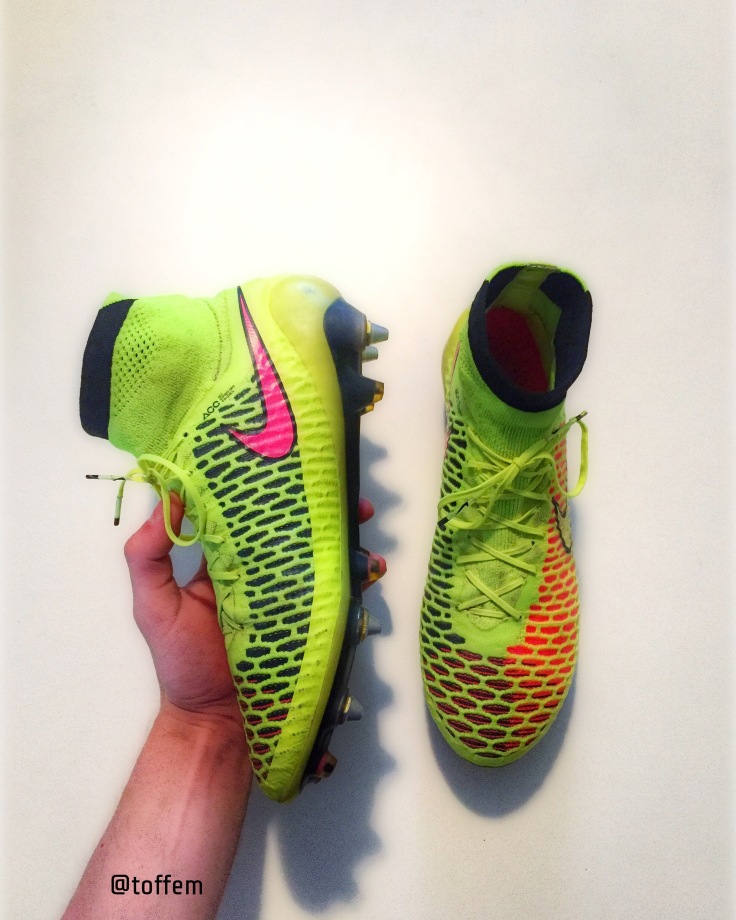 Nike is using a knitted upper with a mid-cut collar, designed to secure your foot by providing a sock like fit, making the entire fit move in-sync with your foot.

They made it and it works! How will the boots be in future? 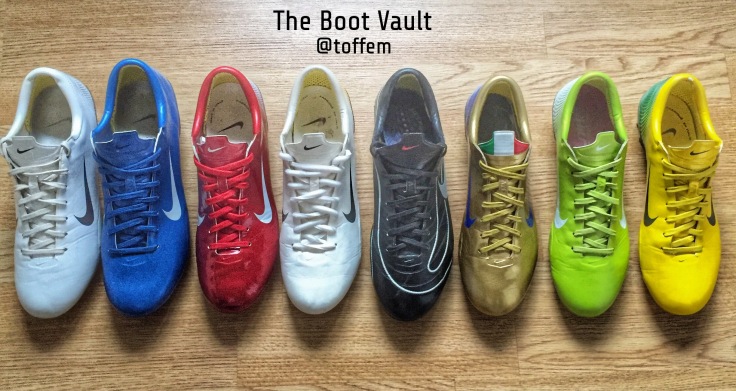 Nike Mercurial Vapor III were released in 2006, for the FIFA World Cup in Germany. Still regarded by many as the best Vapor of all time! They were released in 14 different colours and 1 limited edition model. The boots were worn by Thierry Henry & Didier Drogba and ofcourse by the rising star Cristiano Ronaldo.

So yesterday I managed to get a new addition to my Vapor III collection, rare colourway and in Firm Ground soleplate 😍 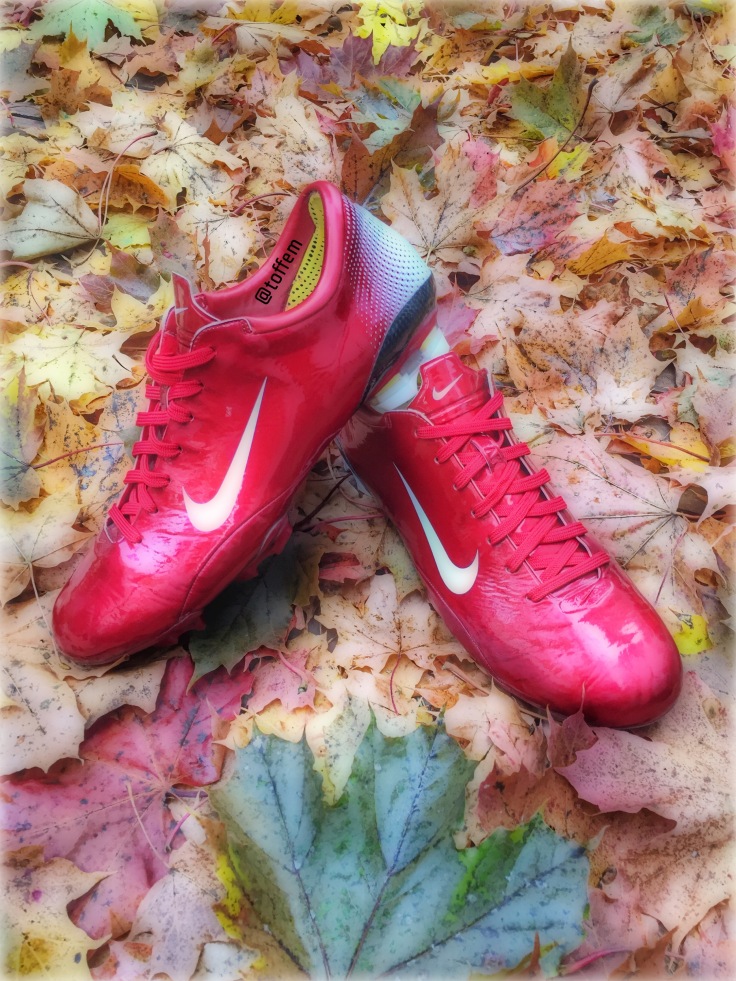 Yes the new addition is the Red/White!

Currently I own 8 pairs of different colours of Vapor III (all in FG soleplate)!

It’s difficult to choose a favourite, but if I had to choose one over the others it has to be the Nike Mercurial Vapor III 10th Anniverary (black/white) they were a limited edition 1000 pairs made to celebrate 10 years of Nike Mercurial!

I think Nike nailed it with these boots with their simplicity and pureness, and that’s why the Vapor III might be the best Vapor up to date? 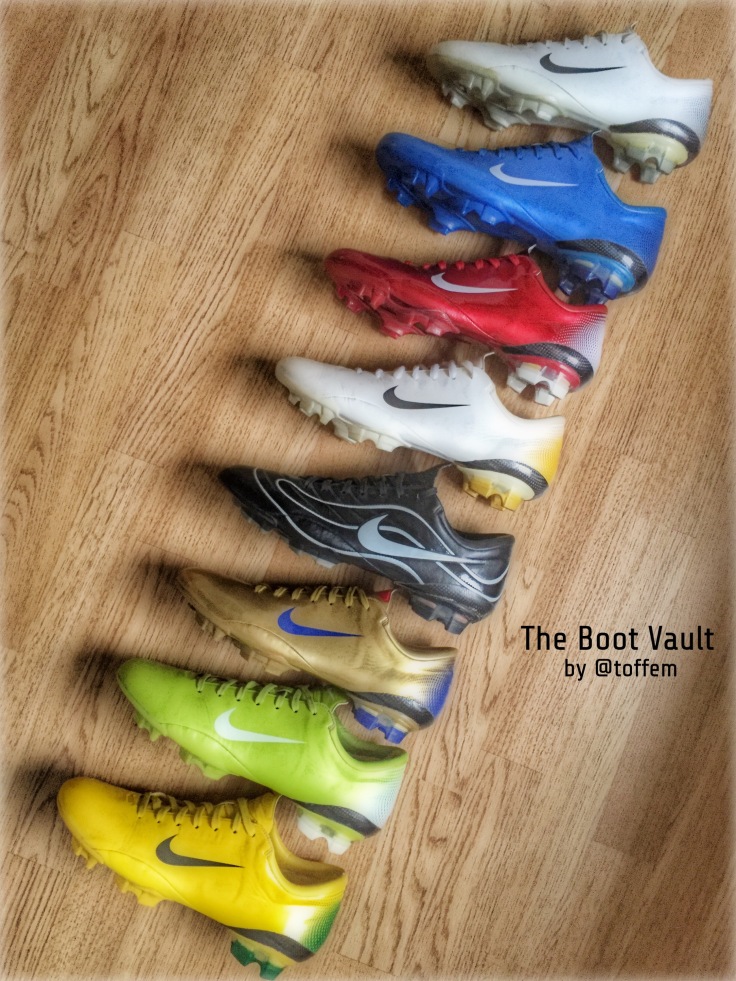 Had a great day kicking around with my brother yesterday! Had to go with old school Predator Mania, they are incredible boots even though I’m usually wearing Vapors.

Had to choose Adidas Teamgeist as football!

These arrived couple days ago and all three are for sale! 2×8.5uk and 1x8uk

Had to post this picture. Thought it was quait funny 😂